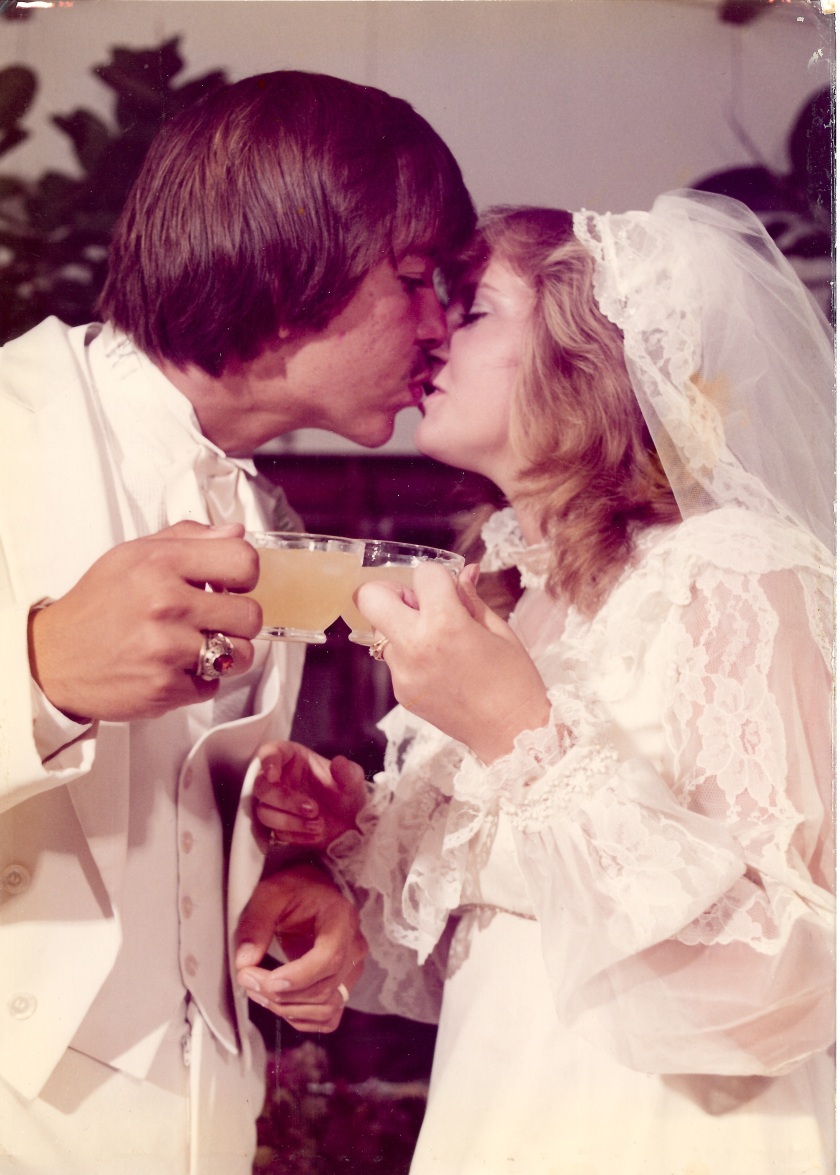 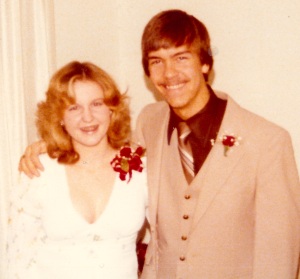 I met Keith the summer of 1979. I lived in rural Lubbock area and he in Midland. He liked me, he really liked me! This was my first ‘prom’ type thing, at HIS school, my school did not believe in such things, we only had banquets.  My teeth were not grimy, just covered with braces.

We dated long distance all through his senior year.

I got my braces off. Totaled a couple of cars.

Keith gave me his senior ring, said it meant HE would date me exclusively. He lied ;).  I did date him exclusively. Yes I know, I am a much better person.

Keith and I and Mr. Winkler , a chaperone,.

Dating a guy in an explorer post has it’s perks.  They went on a cruise at the end of his senior year, I joined so I could too! I was not able to raise the $$ with them, so I used my earnings from my most recent totaled car.  In this picture we are  a whole year older– 17 and 18.  Keith gave me a promise ring on this cruise– I roomed with his ex girlfriend– No big deal, remember, I don’t compete. If she did, it had not effect on me 😉

Me being in Lubbock and still in high school persuaded Keith to go to Texas Tech for college.  We were engaged in October. Mom was not happy, she liked Keith but not me being engaged sooooo young. Little did she know she would have much more to be unhappy about later.

I was a pretty good student, sucked at Algebra, but made up for that elsewhere. I was 2 credits short of graduating when I started my senior year, so I arranged my schedule and I graduated in January of 81 instead of May.  Keith had decided to drop out of college, he was doing ok, IF he wanted to, and he did not want to.  We went to Midland for a visit with his parents and instead ended up getting jobs. My mom was PISSED. Any way, moved out of house at 17, got a great paying job (OIL BOOM), and got an apartment with Keith. 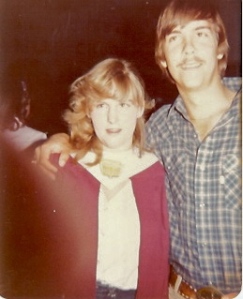 I came back to Lubbock to walk the to walk,. Jumped in the car right after work and drove the hour and a half straight to the church where graduation was. Rolled up my jeans and put on my high heels, to make it look like I was dressed up under the gown. Put on my gown and my NHS sash– graduated. It was so odd to be with all my class mates them all excited about starting their new lives in a few months, the kind of life I had been living for the past 5 months.  Mom was happy I was there for the pictures.

IThis is us about 4 hours before the wedding. My home was on a lake, we had been working our butts off since January and this was our vacation!! We went skiing. Mom was PISSED. I was sunburned.

3 months after being married we were pregnant.  The way we figured it we had been ‘married’ and living together since January, ‘married’ otherwise for about 2 years, it was time to get someone else in the deal.

Then 18 months later someone else 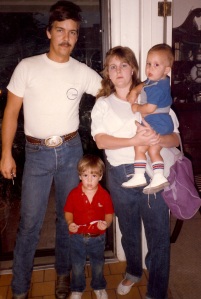 five years later someone else

Someone’s have been added. 29, 27 and 22 years I have had them in my life. They I have had in my life more than my parents, my brothers, my grandparents.   But no one has been with me longer than my Keith. 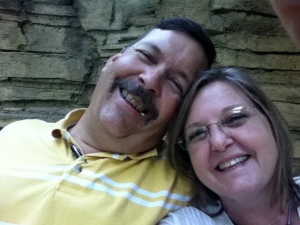 Having met Keith at 16 he has been my life, for 33 years now. That is pretty much 2/3 of my life.   We have been through thick and thin (literally). We have grown physically, mentally and spiritually together. We have been poor together. Had/ have had plenty together.

We have dressed alike ;), starting to look alike I think. We have experienced life like no other’s have, together.  We did missionary work in Uganda, Zambia, and South Africa, something I never dreamed I would do and am blessed to have shared it with Keith. We raised three boys to men. We brought 2 of our children through much pain and illness, watched one die and be revived. We have fought each other and loved each other, anyway. We mourned the death a a brother and 3 parents together. We have disappointed and accepted. We have caused pain and forgiven. We have lived many places; fifth wheel, mobile home, house from hell, house built by our own hands, all we have made a homes, together. We.

Keith is is my forever person.