July 10 1982 my little guinea pig was born. Lee is my first child, my first son. Lee is the first grandchild, first grandson of my parents. Lee was the first person I knew that was of my DNA.  Psalm 127:3
Behold, children are a heritage from the LORD, The fruit of the womb is a reward.

When I looked in his eyes that day, I had a little bit of me looking back, for the first time. Yes, they were his fathers eyes, my blood coursed through him.  So much so, he was very jaundiced by it. They call it ABO factor, he is A I am O, that don’t ‘factor’.

Lee was born 4 weeks before due date. But he was not ‘that’ early. Actually I believe he was ‘on time’ the test was mistaken four weeks prior, and proof was made 40 weeks later when he made his appearance in this world. I was in labor for 3 hours, it was not a ‘forced’ delivery. He was 6lb 4oz and 21 inches- Kind of a spider monkey, he might have stayed ‘in’ another week and chubbed some. Lee does not wait for anything, still.

Keith and I were young parents, by many people’s ‘standards’. But not ours. Keith and I were both the babies of our families. Our parents were in their 30’s when they got to us. Our closest siblings in years is 6 years older and our furthest is 11 years older. We were both, actually the LAST’s, instead of the babies. We are a bit independent, and pretty much do things the way we want. It seems like we wanted a baby within hours of saying “I Do”, me 18 and Keith 19, so 3 months later we ‘wanted’ no more.We had insurance, we had jobs, we had a one bedroom apartment, we had a car payment, we had Keith’s 57 ford pickup, we had a marriage license, it was time for a baby.

Keith wanted ‘him’ to be conceived on a camp out- So he was. I did not want him to be born on my anniversary, so he was not, he was born the day before. ;).

I call Lee our guinea pig, because it sounds better than lab rat. Our being the last’s meant we were clueless on babies or anything younger than we. Our parents neither did a lot of parenting training with us, I am not sure any do. We read a few children raising books, but being the kind that do things pretty much the way we want to, we found a lot of ideas that could be made better, by us.

I chose to breast feed , it made sense to me. Cow and cats do it, why shouldn’t I? Why mess with all those bottles and the sterilizing and buying formula when it is all right there hanging off my chest? Practical.In 1982 breastfeeding was a ‘new’ thing. It seems to skip a generation, you know. The grandmothers were not in full approval of it. Lee loved it, would not take a bottle, EVER. Titty baby.

We started solids when he was 6 months old and ‘Viola’ he started sleeping through the night….. We were not the organic only healthy no sugar eat completely balanced meal type. 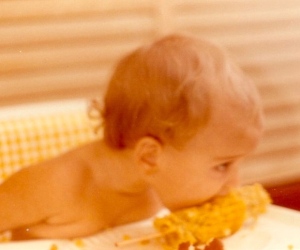 Lee ate what we ate, usually.

Sometimes he had different ideas, though.

Lee went everywhere with us. Movies, dinner, weddings, parties, grocery store. Very few times did he ever stay with anyone. One reason, was he did not take a bottle and he ate every 2 hours around the clock, till he was 6 months old. Yep, that scheduled feeding thing was something I must have skipped over in my readings. The other reason we had him with us, is because we wanted to. Lee was our kid, he went where we did. We did the same with all of our children. “Us”  does not mean husband and wife, it means family.

Our guinea pig  introduced us to many things to know as parents, the many uses of appliances 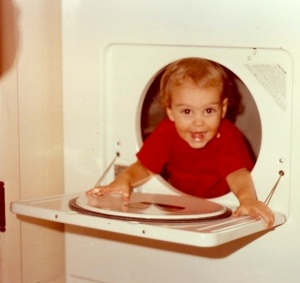 The fun of steps 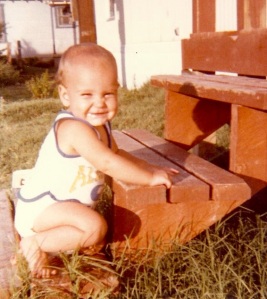 Who needs a motor boat to go so slow….

Lee gleaned some from us, 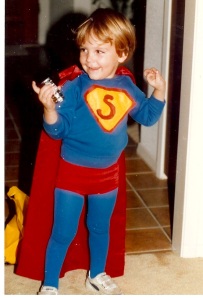 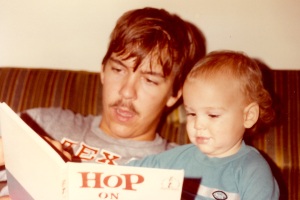 And through these thirty years Lee has chosen to wear many different hats,  and looks good in them all.  He has taken many different roles and succeeded in all. 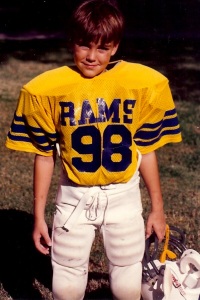 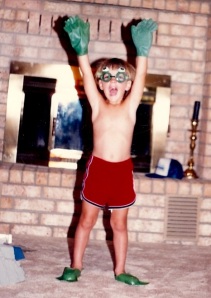 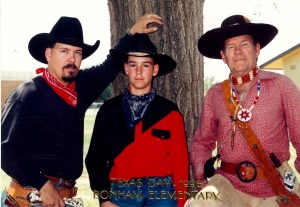 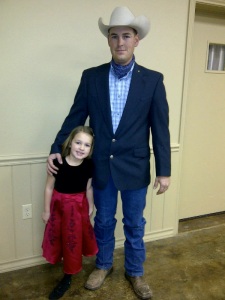 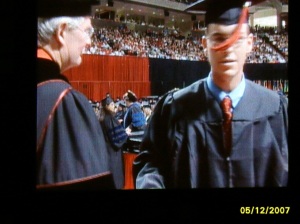 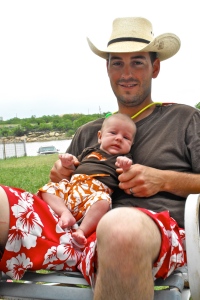 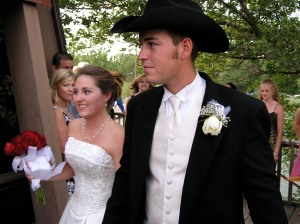 There are plenty of things we didn’t do by the ‘books’ in our parenting of Lee or Brian or Evan. Most things. These are our kids, not Dr. Spock’s. Our kids are a gift from God, he gave us the instructions of how to raise them. Did we make mistakes? Yes, and most of them were NOT being hard enough, not being tough enough, because we did not want them to suffer the consequences of their decisions. Proverbs 13:2424 He who spares his rod hates his son,

But he who loves him disciplines him promptly.  Today Lee has his own kids, his own wife, his own family, his career, his own home. Lee is a leader in his church. Lee is a Godly man. He does it good, with mistakes.

I do know that no mistake was made 30 years and 9 months ago, by that 18-year-old woman and 19-year-old man.  Happy Birthday Lee!

Proverbs 20:7
The righteous man walks in his integrity; His children are blessed after him.