I have had birthday celebrations in the past. Easter theme usually, 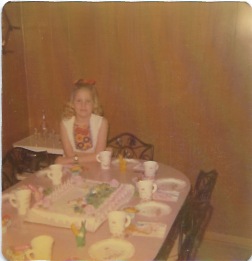 with egg hunts and pin the tail on the bunny. 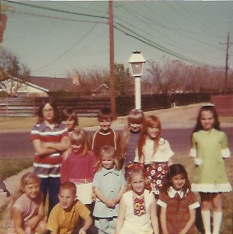 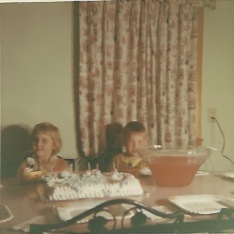 (I don’t know the ‘rule’ for ‘friend parties, sometimes did and sometimes didnt’)t we would celebrate with family. 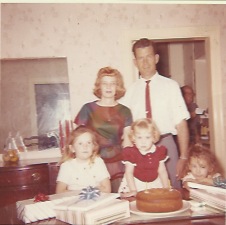 Always had a cake 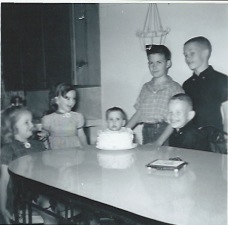 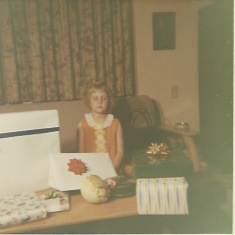 Being close to Easter

a lot of the time we would be with my grandparents, and my Pawpa and  would celebrate together, his birthday was the 3rd. And a few times Aunt Mary Lee joined us too, since her birthday was the 8th.

I had my first slumber party when I was 10, I think, then another when I turned 13. My big party and last party mom and dad threw me was 16. Kirk’s band came to play, set up in the living room-

A bunch of kids came,a lot I didn’t invite,  hid beer in the back yard ( I did not drink) and smoked joints around the side of the house. Mom and Dad were even there, somewhere, choosing to be oblivious , but still taking pictures. I can admit this stuff now I AM 50!

No party  can top what Keith just conspired for my 50! . I suppose he took my saying he had to do it big and that I did not think he would be able to surprise me, as a challenge– And he won.

First he brought Bio Mom and Sister in Thursday. SURPRISE!!!!! This was beyond enough!!. I was sure my time with them would be the IT of the celebration, visiting with them on Friday and seeing them off Saturday- Friday, we went shopping, eating lunch, just being together, we three, for the first time ever in my 50 years.  Keith had plans for us to go to the Petroleum Club, special arrangements because we are not members. We girls though decided the Petroleum club was just too TOO. None of us, were looking forward to ‘dressing’ for dinner. I hoped Keith would not have his feeling hurt when I asked for a venue change. He was great about it, found the one other place in town that takes reservations and got us in. We girls went and sat in the bar a bit before he came. When we went in we told them we had reservations but would wait in the bar, they responded with “For 14?” I said not unless he is doing something else– The ‘girls’  denied anything else was happening This restaurant mistake really worked for Keith.

We had our meal very relaxed, joked about the 14 reservation, Keith saying basically ‘This is it” Me saying having Bio and Sister was more than enough. I then had to convince Bio and Sis to come out to the house, so we could visit some more- Even though we were working on trying to convince them to stay another day. They decided to come and Sis was going to use my computer to show me some picts on FB she had. We were in separate cars, I stayed with Bio and Sis for the ride home. I was in the back of Sis’s car reading a People Magazine and chatting, looking up every now and then to be amazed at how well Bio was navigating a car and area she did not know.  We were part way up our long drive before I looked up and saw the line of cars and jillions of people standing on my front porch.

Then I turned around and walking up behind me was my brother Mike- Who had texted his apologies to me earlier, saying he wished he could have been there to meet Bio and Sis, but just could not get a way—- I cried again- Surprise!   It took me about 20 minutes of Birthday Greetings and Were You Surprised? to notice that everyone was dressed 70’s, or 60’s or 2013. 😉 All pretty much the same.

I am blessed beyond measure and my 50th is proof- A husband who wants to do all of this for me. EVERYONE adores him and knows and tells how amazing he is- Could not be a better man, for ME. My family, my kids (adults) are my bests, the are my friends, they WANT to be with me- My ‘girls’ really are MY girls they set up this thing for Keith, decorated, invited and entertained for ME. My grandkids and my ‘adopted’ grandkids waiting as excited for my birthday as they are for their own. My brother, the only other of ‘us’ left, is left. He loves me and wants for me , he adores my family and my family loves him.  All of those who came to celebrate my party, those who could not attend who wanted to know how it all went– I got friends, I really do! And Bio and Sis, and beyond them, a call from Bio Brother, Aunts and Uncles who wanted to come- They wanted to celebrate, my birth 50 years later, with me– Wow–

50 years of blessing’s sure looks good to me!