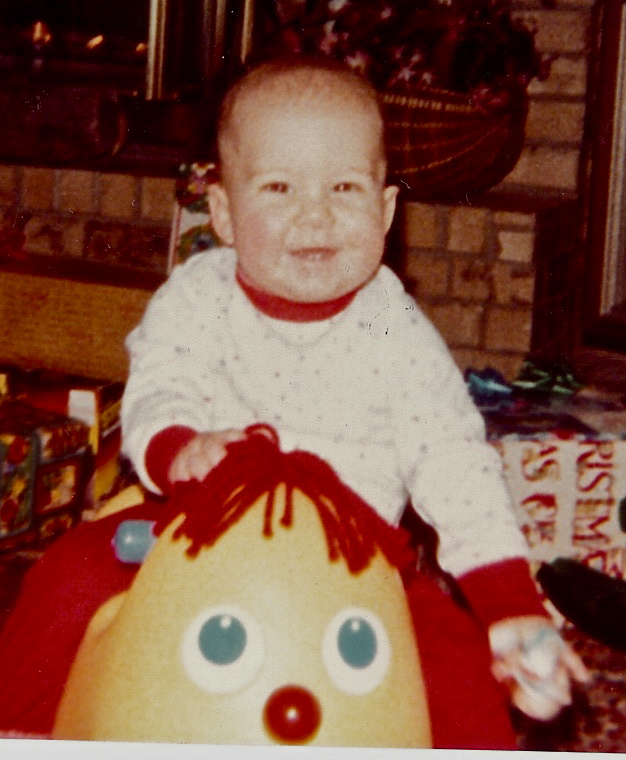 Today is the first day of spring! 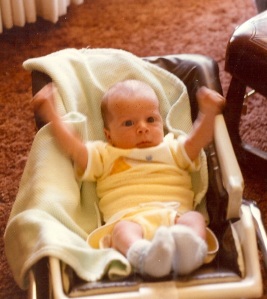 Better than that, it is my Brian’s birthday! 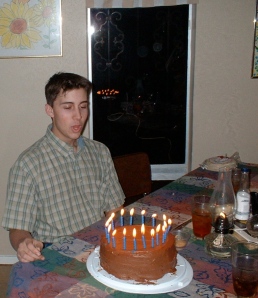 #2 son was born 29 years ago, 3 days ‘late’ (St Pat’s day was due date)He would have been 2 days late if the cord had not been around his neck and the nurse had moved a bit faster toget the gloves for the doctor 😉 He was born at 12:04 AM.

Brian was the only out of the three I did not have a sonograms with, so we did not know his sex before he was born. I really was convinced he was a girl, because the pregnancy was so different from the first. Brian was the only who was born ‘late’, past his due date. Brian was the only we had without insurance to pay, I think we may still owe some, I hope they don’t repossess.

Brian got to have the ‘worst’ of the Celiac. He got to go through all the poking and prodding. He got the most of the symptoms, the beyond the text book pain and misery. He is our strongest our toughest our warrior. 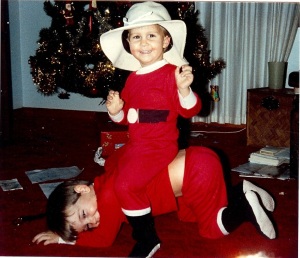 He never cried, or complained, he never voiced his fears. Brian endured.

Brian has broken his arm, torn his clavicle off of his shoulder, 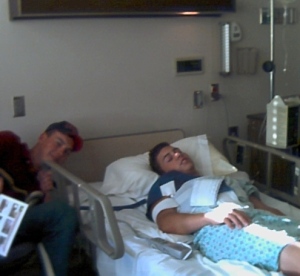 had several concussions, had a vertebra  in his neck pop out and been paralyzed for a short bit, sleep walks, broken curfew, been hit in the face with a baseball, been T-Boned by T’s truck, had endoscopys, ekg’s, worn a heart monitor, wore corrective shoes, had numerous stitches, had his tonsils taken out, and has not eaten wheat in 19 years. And he has survived it all– quite well 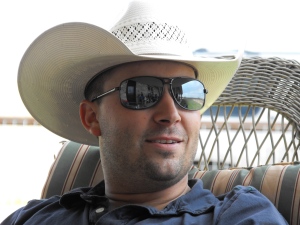 Brian stands for what he believes in and believes what he stands for. He adores his family, put’s his wife and children before his needs and me, as it should be. Brian loves God and walks in His ways, with humbleness.

Brian is BRILLIANT. He was born a mechanical engineer. We could not keep batteries, paper clips and tape, because he was always building something. If something broke Brian had it in pieces, not fixing it, but turning it into something else. Brian spent some time in college to get that piece of paper to declare him an engineer. Brian did well until the day he conferenced with the professors on a project he had going on at home, an engine run on air compression. After the talk one professor pulled him aside and explained to him that any ‘invention’ he made while a student of the college belonged to the college, and he should keep this to himself. Brian explained this was all his expense and he was not using any college equipment, the professor said that did not matter, as long as he was a student….. Brian’s beliefs of justice and fairness, his character, kicked in and he walked out of college. This on top of his frustration of having to explain how things worked on paper and a gorgeous fiance’  and his dedication to her and their life together, it was an easy walk! 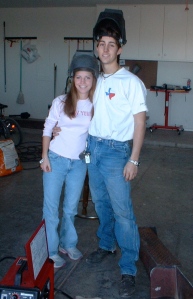 Brian is known for his ability to do, to build, to fix, to design, absolutely anything.. The company he works for now only exists because of his brilliance. Brian is stepping out and working on developing his own business, he has started building guns. Yep building guns. Petty Ordnance Unlimited is his company– Someday soon he will be known just like Winchester, Colt and Smith and Wesson! 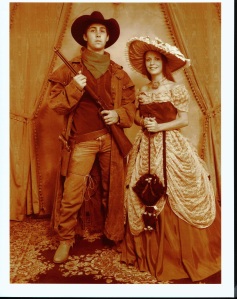 Brian is one of those people who can do all things. He was/is a great athlete. He was an amazing pitcher. Brian is funny, has a great sense of humor. 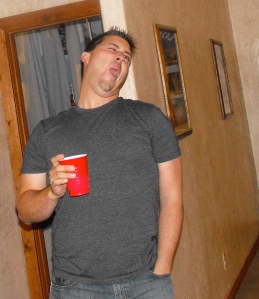 Brian was a great actor in school. 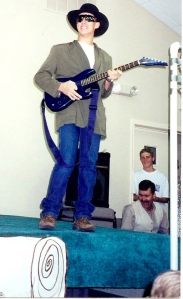 A great speaker. Brian is an artist, his design drawings are a work of art in themselves. Brian is a woodworker.Brian is an expert welder. Brian can fix everything, from a car to a mixer. Brian seems to always know the right answer to any question. Very few people know how gifted and talented Brian is. His wife knows. We know. His brothers know. A few close friends have an idea. Brian is a humble man, 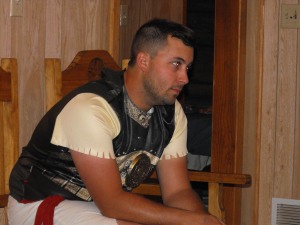 probably his greatest achievement, especially since he has so much to be proud of. 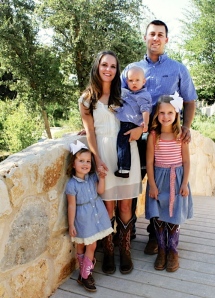 I am so proud of him, God will excuse my ‘pride’, because I know He is too! 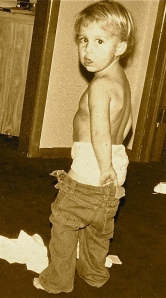 One thought on “Spring is Here so is Brian.”