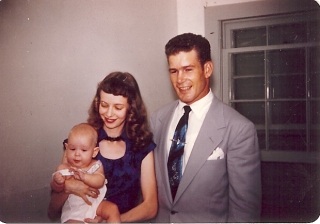 Yesterday was Dad’s birthday, if he was alive he would have been 82.

Yesterday Leslie Neilson died.  Dad loved his later movies the Airplanes 2 1/2 guns etc.  Dad’s sense of humor ‘went that way’.  About a week before Dad died one of the Airplanes was playing, he and I sat and watched it, he in his wheelchair and I beside him. He smiled and enjoyed it all the way through.

Sometimes I wondered on what Dad was comprehending those last days, this time allowed me to see he was ‘getting’ it all! 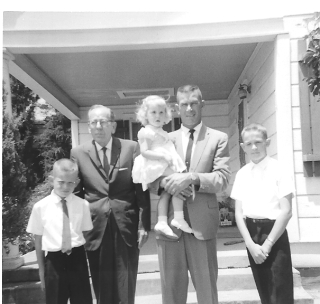 When I heard Leslie Neilson died on Dad’s birthday I thought it a bit ironic.  I went to look up his info on the internet, thinking it would be REALLY ironic if his birthday was close to Dad’s death date.  Well it wasn’t BUT, it was exactly the day Mom died.  Feb 11.   What are the chances? (Some math geek needs to do the math) Of the 365 days of the year, this guy died on Dad’s birthdate and was born on Moms death date.   Mom and Dad both would watch those movies, rent them, eventually added them to their VCR library. They even laughed at them! I still grown and most of the silliness, they loved it!

There are so very many things that remind me of Dad, I love those memories.
Leslie Neilson, and his movies.  Other movies similar in style, one being Blazing Saddles, if ever that was on cable, Dad would be watching it.
Blazing Saddles was also a favorite of Kirks, so that has a double star on memory for me.

Thanksgiving is a reminder of Dad, not just because this slim trim for life guy LOVED to eat a good meal, but it always landed near his birthday.

Zippo lighters, Dad smoked all my life that I lived at home.  I remember he always had a zippo, until disposable Bics entered the picture.  I have a couple of his old Zippos, they don’t work anymore, but they still have the smell of fluid and ‘strike’ when struck.  That smell gives me a warm fuzzy feeling all over.  Forever I smelled that  as Dad lit a cigarette.  If I smelled it, Dad was near me, or I him, probably sitting next to him, in the middle, as he drove.

Another memory smell, I get to smell every so often, a newly lit cigarette, mmmm Daddy.  Sorry all you anti smokers, to me, that is the sweetest smell.  I remember laying in the back of the station wagon as we made our late night drives either to or from Mamaw and Papaws house, covered up with a blanket or Dad’s coat. Dad would roll down the window just a bit, the sound of the wind, the feel of the cold air, just on the top of my head, the flick of the lighter, smell of flint strike, then the sweetness of that first light of the cigarette.  I felt so secure, so close, Dad and Mom in the front, the darkness of the car,except the glow from the dashboard, the stars moving past, the occasional red ash bouncing off the window above me, to lull me to sleep. 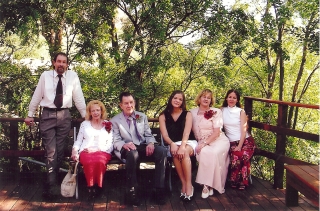 Football on TV. Stadium lights in the distance. Coach Sanders, was my Daddy.

Orange crush.  Dad and I would share these when I was a little girl.

Broken beer bottles. We did not share these.  I was about 4 and Dad and I were at the local drive in burger joint, waiting on an order.  I was crawling around on the outdoor table. Someone had broken a beer bottle and shoved it up through the wood slats, I crawled over it and sliced my knee open(I still have the big scar).  Dad grabbed me up and put his handkerchief on it to stop the bleeding, and he was mad mad mad.  I thought at first at me, for getting hurt, messing up his handkerchief, and I apologized.  Dad explained he was not mad at me, but at the so and so that stuck that bottle in the table.

When we get the Christmas decorations down I will remember him. That was HIS job. He would get the boxes down from the attic, get frustrated with mom because she would always be telling him he had ‘missed one’.

Dad was everything to me, my parent, friend, protector, he loved me so unconditionally. I never questioned his love or approval of me, even at my worst, he never disapproved of me, just my actions.  I really can not think of anytime Dad did for himself first, he was always wanting for others.

So many memories.  Thank you God! 82 years ago a great man was born, just to be my Dad.